AI Forum at Soho 3Q for the visit of Emmanuel Macron, President of the French Republic.

Beijing, China - January 9th 2018 -- In order to welcome the President of the French Republic, Mr. Emmanuel Macron, the French Tech Hub Beijing, in collaboration with the French Embassy, Business France and the Elysée, organised a Forum of Innovation at the Soho 3Q Incubator of GuanghuaLu, gathering more than 300 guests representing the French Tech community, the big corporations and the French and Chinese entrepreneurs and some government members. 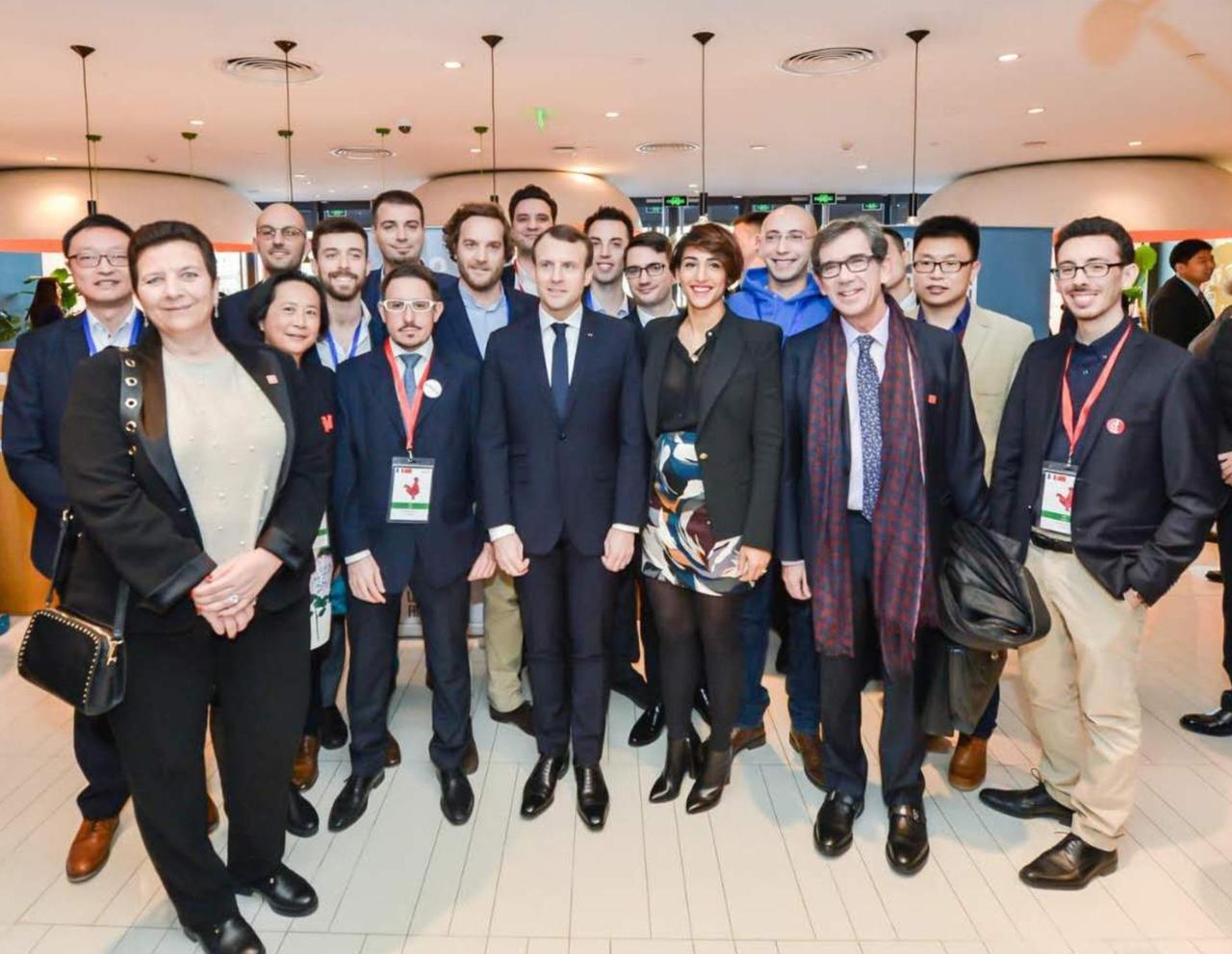 Hosted by Cédric Villani, the Forum welcomed numerous high-level guest speakers around the artificial intelligence theme, such as Antoine Blondeau, who participated in creating SIRI or Antoine Petit, CEO of the INRIA.

At the same time as the forum, the President of the Republic was meeting four startups and the spokeswoman of the French Tech Hub Beijing, Mrs. Elvie Lahournere. These discussions brought up the already existing link between China and France, with all the startups present having already built activities in both countries. The President insisted again on the importance to foster these relationships, applauding initiatives such as the F2 - Forty under Forty. The Chinese investments in France were also discussed, with as a conclusion on that matter the reminder that France should embrace that influx of capitals necessary for the development of the French startups but that  exchange should remain balanced and healthy for both countries. The president ended this discussion thanking and congratulating the creative power of the French Entrepreneurs as driver of the innovation. 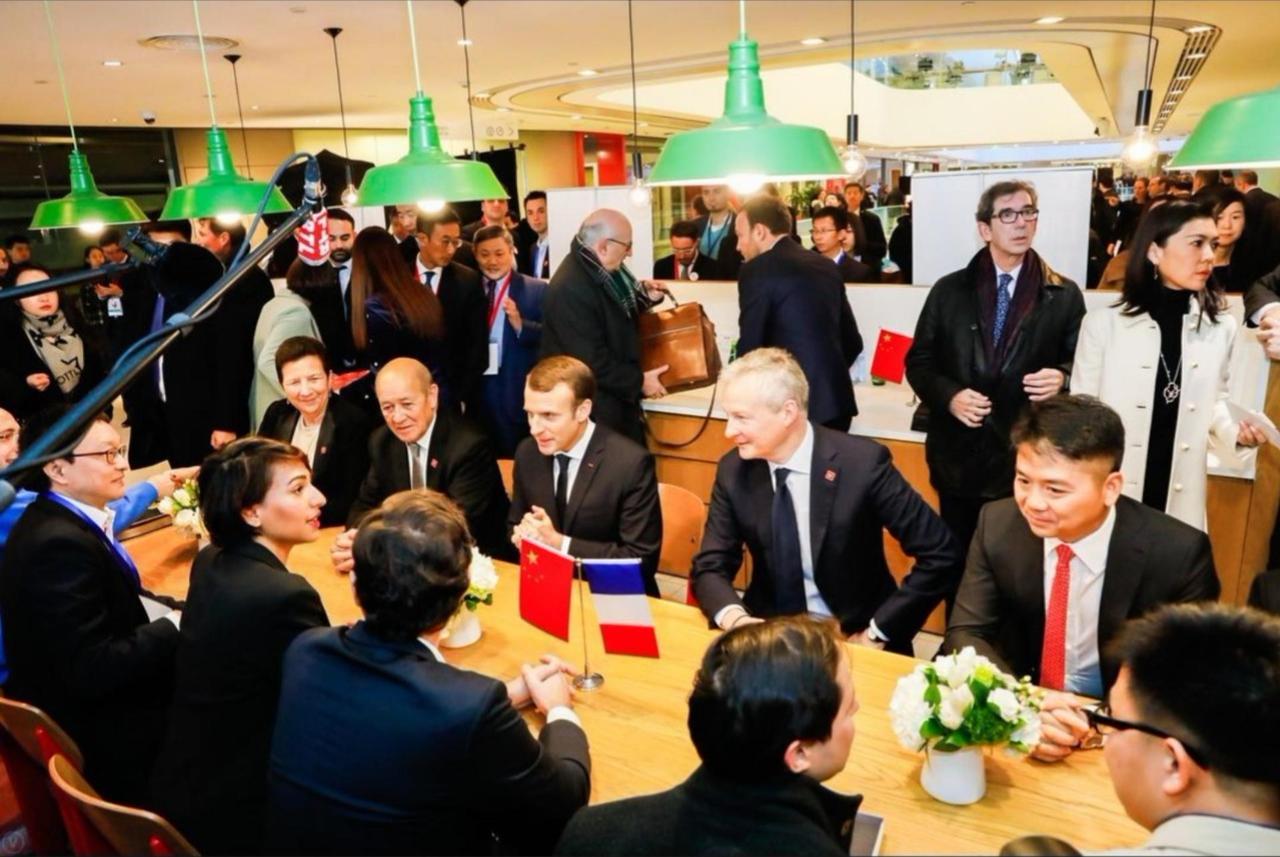 Following the Forum, the President gave a speech on the economic issues being tackled by his visit in China. He praised the impact of the French Tech hubs in China and  encouraged them to pursue their effort to gather always bigger and stronger communities. He also came back on the F2 initiative - Forty under Forty, a project initiated by the Beijing Hub and organized by the four French Tech Hubs in China, as being one of the most notorious examples of cooperation projects between the two countries on innovation.

The aim of this yearly program is to foster the Sino-French cooperation and drive the innovation in both countries. In order to achieve these goals, forty talents under forty years old, 20 French, 20 Chinese, will be gathered for two meetings, one in France and one in China. These talents will be representing the whole chain of value of innovation by coming from diverse horizon such as fundamental research, corporate R&D, Startups or VCs. By forming an alumnus growing each year, these talents will spearhead the Sino-French cooperation on innovation. This Initiative is supported by the French Minister of Economie and Finance Mr. Bruno Le Maire, Schneider Electric's CEO Mr. Jean Pascal Tricoire and the founder and CEO of JD.com Mr. Richard Liu who assured his implication in the F2 initiative in a meeting with the President. 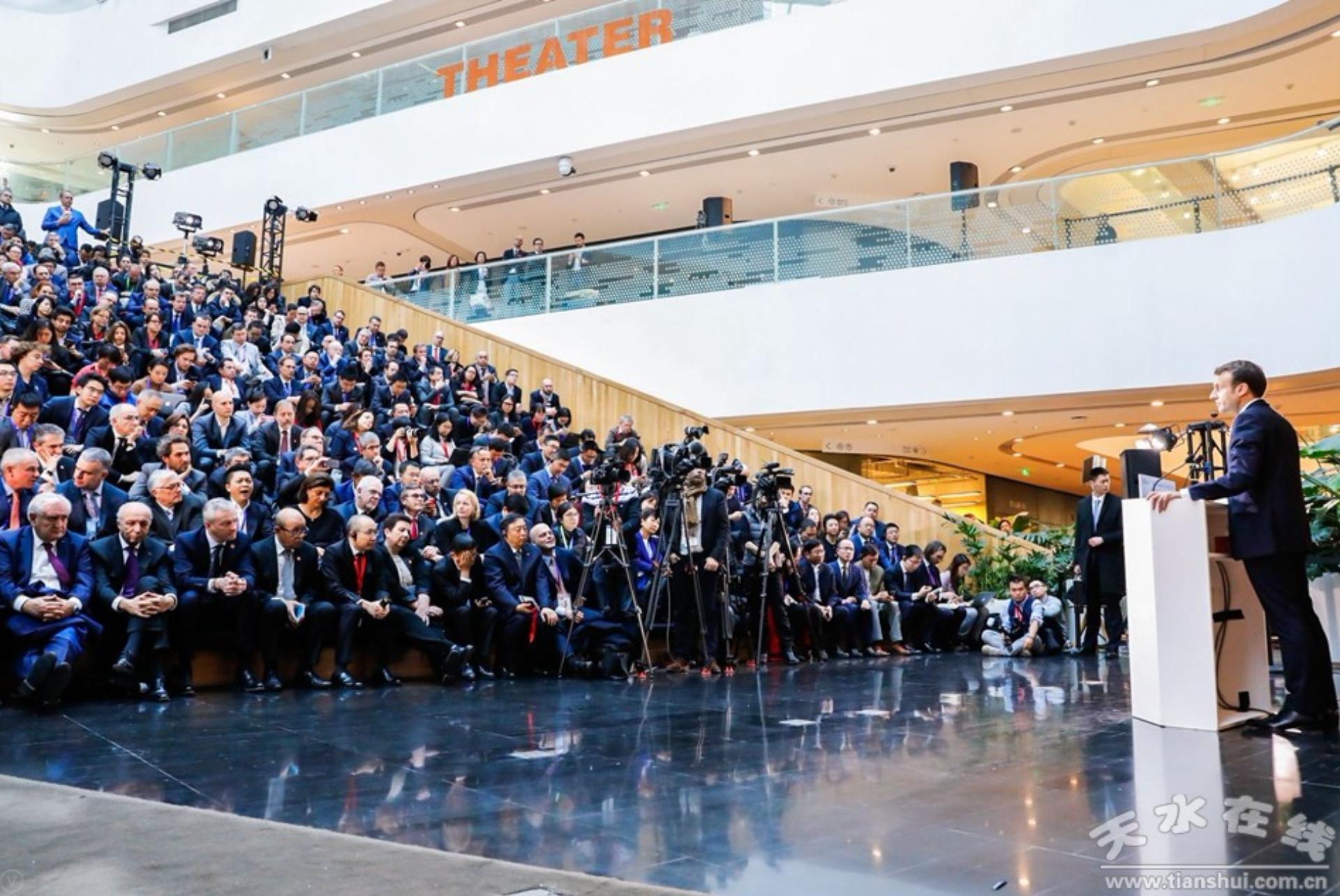 Last but not least, after the President's allocution, the French Tech Beijing Hub signed an agreement with Mr. Pan Shiyi, founder and chairman of Soho China, one of the most important real estate company in China and manager of the Soho 3Q co-working spaces. The agreement schedule the opening of a "French Tech Corner" in the Soho 3Q of GuanghuaLu, the most iconic of Soho's co-working spaces. This corner's goal will be  to welcome the startups wishing to come to visit or install themselves in Beijing, to support the entrepreneurs wishing to launch their projects and to create an interface between the French Tech community and the local ecosystem.