The French Minister of State for economy and finance, Mr. Benjamin Griveaux met this 21st of September in Beijing the local French Tech Hub team and a few of their entrepreneurs.

During this meeting the French Tech board exposed its future projects and the three entrepreneurs invited delivered their pitch. It allowed them to bring the attention of the Minister of State on a few difficult point entrepreneurs will face when building their projects in China.

The French Tech board exposed its project F² - Forty under Forty, a project of high level meeting between French and Chinese young tech talents aiming to foster the innovation and cooperation between the two countries. This project gained a quick approval from the Minister of State who advanced the possibility that the minister of economy and Finance would certainly be present and give his support for the official launch of the project. 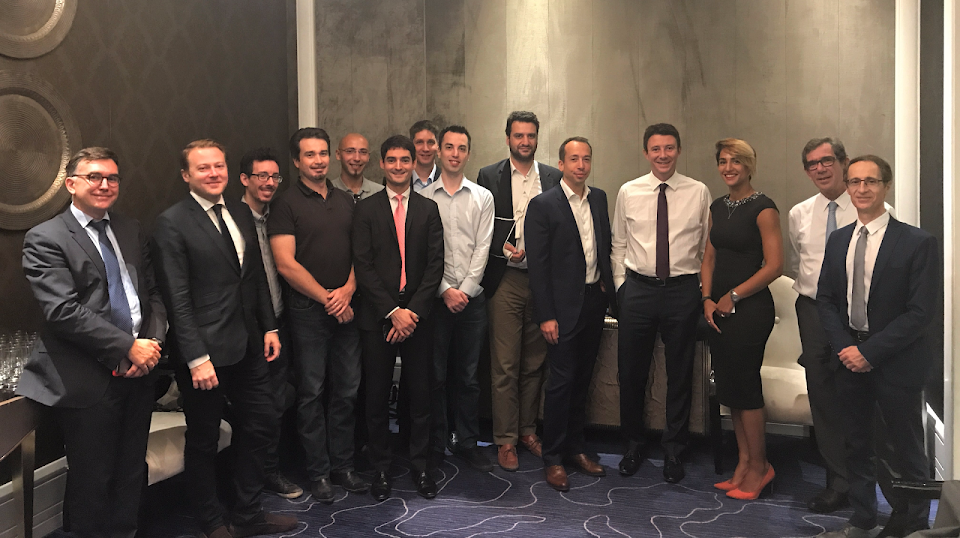 Fourth from the right Mr. Benjamin Griveaux Minister of State for economy and finance, on his right his Elvie Lahournere board member of La French Tech Beijing, Jean-Maurice Ripert Ambassador of France  to China and Philippe Bouyoux Minister counselor . With also other member of the French Tech Beijing board, local entrepreneurs and delegation members.